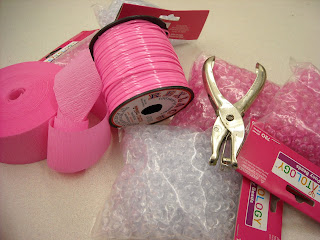 We will be finishing up our jellyfish today. I must admit, I was not able to get the supplies to make them look like I had envisioned. Part of me is really disappointed, but I also like how they did turn out-well, my sample at least. Here's what we'll be doing: 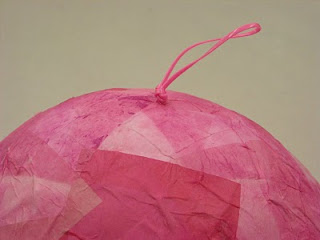 I will be putting a hanging loop on each body, and pre-tying all the laces for the tentacles. That way all the kids have to do is glue in the crepe paper and string the beads. I think those will be good activities for the level of development my students are at. I put a knot on both sides of the body, so that the loops won't fall out in the box I'm storing them in until the Art Show. 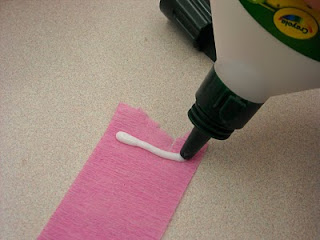 Students will glue a few pieces of crepe paper into the middle of the body, inside the concave part of the sculpture. These will be the thicker tentacles of the jellyfish. They have thinner tentacles around the outside of their bodies, which we will make with beads. 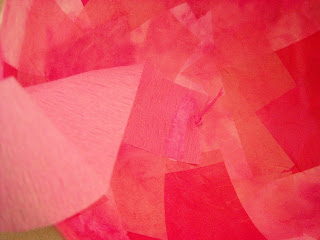 I'll punch the holes and pre-tie the lacing around each body for the kids. 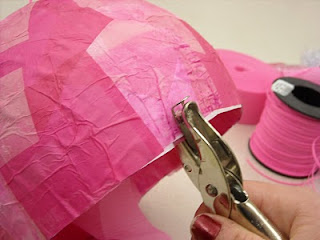 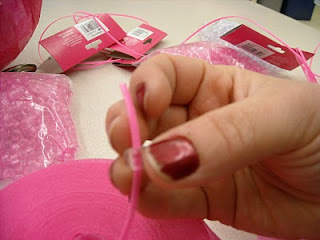 I got pink lacing, thinking that it will show through the pony beads-which it does. I can barely tell the difference between the pink and clear pony beads with the pink lacing inside them. I was concerned about how heavy the beads would get if I put six strings of beads on the bodies, so I put a knot here and there to spread the beads out on the string. I like it, because it not only solves the weight problem, but also the boring problem. I originally was going to use sparkly beads that are prestrung-like my kids have at home for dress up. However, the only way I've found to get those beads is in a dress up kit and although my girls love to dress up, I'm thinking that's a bit extreme with 13 students to buy beads for! I checked online, Wal Mart, Jo-Ann, Michael's, and two party stores with no luck. Well, no appropriate luck. Bachelorette beads just didn't sit well with me, even if I cut the bachelorette part off! I personally find a long string of pony beads to be so uniform that it gets a little boring-for this project at least. The knots break up the monotony and also make the tentacles look more like tentacles and less like long strings of pony beads. 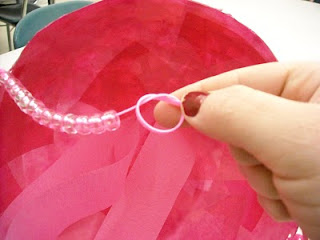 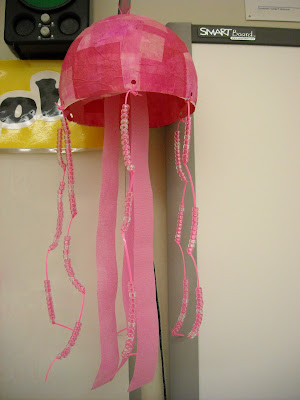 This is such a great idea. Love the way the tissue paper looks and your ideas for the tentacles is neat.

What a lot of work but totally worth it. These are great. I'm putting in my future idea plans. I love the look of these!

Keep in mind, I did it with kids that have Autism. With a first or second grade class they would be able to do all of the steps by themselves. I just didn't want these kids gettting frustrated!

These are just beautiful! I love the beads! 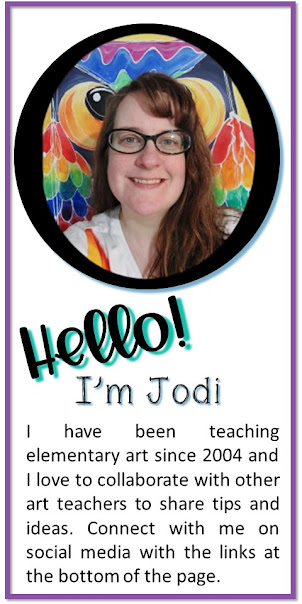